How To (Not) Work in Solidarity With Black and Indigenous Peoples

So you want to work in solidarity with black and Indigenous peoples. Well, here are a few things you should know but probably haven’t considered.

First, black and Indigenous peoples aren’t homogeneous. They do not hold monolithic perspectives on any issue. There is, at times, deep disagreement within these communities. You cannot and should not adjudicate between them. However, you cannot and should not use disagreement as an excuse to avoid accountability. Like it or not, you’re going to have to make some tough choices.

If you thought you could get away with ducking disagreements and fetching coffee, you’re in for a big surprise. Working in solidarity means being accountable, and you are only accountable insofar as you do work – intellectual or physical – for which you can be held to account.

Likewise, if you thought you could simply coast by asking questions and playing the role of student, you’re in for a shock. Working in solidarity means not relying on the labour of black and Indigenous communities to educate you. You will be told that your education is your responsibility.

You are also in for a catastrophic revelation if you thought you are going to be a good ally by being a cheerleader, supporting and amplifying voices at every turn – because there is no single voice. You’re going to have to make choices. Some black and Indigenous peoples embrace capitalism and assimilation into white settler society. Some black and Indigenous peoples reject capitalism and embrace nationhood and sovereignty. Amplifying one perspective means you will be held to account by those who do not hold that perspective. Shifting your support from perspective to perspective makes you look less like an ally and more like an opportunist. Like it or not, working in solidarity means making choices about who you’re working with and sticking to them.

That said, you are nevertheless accountable to all of the distinct and often conflicting voices, so be prepared to explain yourself. Also, be prepared to have those explanations rejected by some and accepted by others. Expect to be accused of talking over and for others. Expect to be accused of being terrible by some and merely good by others. But remember: these are all reasonable and appropriate responses to your participation. 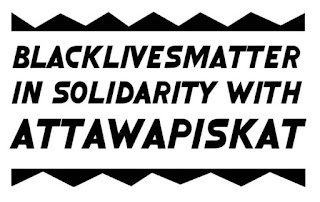 You may be tempted to invoke the names of the black and Indigenous peoples who support you to shield yourself from the inevitable criticism. You do not have a right to do this. Nor should you expect that black and Indigenous peoples who support you privately are going to exacerbate their community’s already existing disagreements by feuding over the work of some white settler. You are alone.

Which brings me to the final consideration. Doing your best work means taking advantage of your talents, privilege, and position within dominant society to change dominant society. Often your most effective work will be in your most intimate relationships where no black and Indigenous people will be present to guide you. Here you will only be accountable to yourself.

So let’s summarize. To work in solidarity is to be accountable, which means you cannot avoid the inevitable disagreements within black and Indigenous communities. Insofar as you remain silent, refusing to stake out and work toward a goal, you are avoiding accountability. Because there are conflicting perspectives within these communities, you are going to have to make tough choices. That said you are accountable (i.e., you must be ready to provide an account) to anyone and everyone in that group, not just those who support you. You cannot use your supporters to defend yourself. You are responsible for your own education. You are responsible for your relationships. 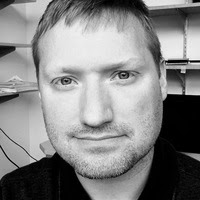 Dr. Toby Rollo is a SSHRC postdoctoral researcher at the University of British Columbia. His research focuses on shifting conceptions of political agency in the history of western political thought.
Posted by AlbertaPoliBlog at 07:48