The complex civil-military operations of the early twenty-first century were a testing ground for the implementation of the groundbreaking October 2000 United Nations Security Council Resolution (UNSCR) 1325 on women, peace and security. The test went beyond the instrumental “increasing gender awareness” amongst militaries and their governments. The very nature of these complex civil-military operations have also been gendered. The use of force and enemy-centric thinking (combat operations, raids, etc) competed with population-centric approaches that included humanitarian and development aid, and governance support, all undertaken with the intention to win a war through “hearts and minds” (trust of the population) rather than violence.

The gendering of these approaches became visible as the participating intervening nations in Afghanistan and Iraq grew weary of slow progress in these operations and a complicated and demanding environment. An increasing rhetoric from a number of participating nations favoured a return to traditional, hyper-masculinist military practices – “killing people and destroying things” over a cosmopolitan, multi-dimensional, “feminized” approach that saw a larger role for non-kinetic (non-lethal) measures. The question is whether or not the implementation of gender perspectives within military institutions will suffer a setback as a result.

UNSCR 1325 recognized the important role of non-state actors, in particular women who had been marginalized from dominant state security discussions, to the creation and maintenance of international peace and security. Most of the focus has been on a binary understanding of gender (male-female) with little-to-no emphasis on LGBTQ issues and debates. UNSCR 1325, and the subsequent related resolutions, highlighted the importance of preventing abuses against women in conflict settings, protecting women and girls and their rights, as well as emphasized the importance of including women at all phases of peace-building. It additionally includes provisions for gender awareness and mainstreaming whereby international and regional organizations would include gender perspectives in planning and implementation of peacekeeping, peacemaking, and peacebuilding initiatives. Militaries play a crucial role in this process, as those who are on-the-ground and engaging in some of the closest interaction with civilians both positively and negatively.

The demanding, large-scale, civil-military operations that would follow on the heels of UNSCR 1325 provided ample opportunity to put the resolution to practice. This was easier said than done however. It involved changing attitudes and biases within powerfully masculinist institutions to be open to the very notion of a “gender perspective”. Most militaries are heavily male dominated to begin with. Challenging and changing the gendered nature of military institutions itself was not an option. Overall, the process was slow.

For the most part, the implementation of gender perspectives was instrumentalized insofar as they were seen to be “useful” to the operation and serve a purpose towards achieving an end state. Such instrumentalist measures were non-kinetic in nature, whereby trust rather than weapons play the crucial role. Gender perspectives meant gaining a better understanding of the operational environment, the relations between men and women in the area of operations, and the ways in which war affects each differently due to gender norms and expectations. This in turn generated programs such as “Female Engagement Teams” or the equivalent, composed of female soldiers reaching out to women in the civilian environments of Iraq and later Afghanistan to gain and build upon women’s trust for the purposes of force protection, learning about women’s security perspectives within the operational environment and gaining intelligence for operational planning, and identifying local needs, in some cases to help provide for these needs (aid projects).

Gender advisers, gender field advisers, and gender focal points, were designed to ensure expertise and input at all levels of planning and operational execution. The results of these efforts were often mixed, implementation would be ad hoc depending on the motivations of leadership. Training efforts were also mixed, though were improving, not least due to the efforts of Swedish initiatives.

While these initiatives were slowly gaining ground, criticisms against such programs were also on the rise. FETS were criticized for, among other things, threatening the security of local women by interacting with them at all. Women and their families might be targeted by opposing forces if seen to be communicating with intervening military forces. Any association with military personnel was thus perceived as a threat to any local civilian. Additionally, militaries were criticized for engaging women for the purposes of obtaining information and intelligence. This was considered an abuse of the civilian environment.

Any military engagement with civilian actors will always be fraught with difficulties. On the one hand, a military presence in a civilian environment can be construed as a threat to civilians directly, or indirectly as armed opposition groups or warring parties will target civilians who associated with national or intervening militaries. Militaries are also considered less competent in being able to engage with civilians, having inadequate backgrounds in identifying needs and providing support.  At the same time, non-lethal, civil-military interaction approaches have also been feminized and marginalized within many military organizations. With the moves being made towards fewer troops on the ground and a greater reliance on special forces and airstrikes, the likelihood that gender perspectives will be further developed in the military may be questioned.

To what degree will these advances in gender will be retained? If the focus for the North Atlantic Treaty Organization (NATO) and other militaries is towards more traditional, masculinist combat oriented missions, not least focusing on airstrikes and/or special operations missions, the role and relevance of gender awareness and advisors becomes limited. For some gender researchers, this might be welcome news.

A core tension within the gender debates is whether the military is capable of integrating gender perspectives at all, and instead end up using both women and gender insights for the purpose of engaging in the use of force.  It is a valid concern. The dominance of masculinist perspectives does not disappear despite various efforts at gender mainstreaming. At the same time however, I would argue the need to keep the focus on civilians and how they are impacted by conflict, as well as how they might respond.

As long as state militaries, NATO, and the UN continue to deploy troops for military/humanitarian/peace operations, it will be important to continue to seriously examine how we can design a more flexible, gender aware/informed civil-military policy that ensures respect for all actors as much as the context allows, and trouble-shoots when the context challenges such respect. This requires a focus on both problem-solving approaches (working within the military system) and critical approaches (working to change the system). It also requires engaging those units/branches of the alliance that work on civil-military relationships including branches dealing with civil-military interaction, gender advisors, and functions within information operations, among others. 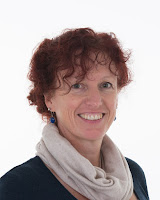 Gunhild Hoogensen Gjørv is a Professor in the Department of Sociology, Political Science and Community Planning at University of Tromsø (UiT)-The Arctic University of Norway. A graduate of the U of Alberta Political Science Department, she is the author of Understanding Civil-Military Interaction: Lessons Learned from the Norwegian Model, and is currently co-editing and contributing to a book on women and human security.
Posted by AlbertaPoliBlog at 13:55