We are at a turning point in the global economy including “jobless growth” partly due to technological change as well as changes in the system of production, distribution and trade. This is challenging assumptions about the relationship between the economy and work. Perhaps nowhere is this more evident than in the informal economy.

Informal work is on the rise in both the global North and global South, particularly as a livelihood for the urban working poor. “Although the informal economy is associated with low productivity and low-income countries, it does contribute to growth and is becoming more significant in high-income countries” explains WIEGO (Women in Informal Employment: Globalizing and Organizing), a global research, policy and advocacy organization supporting informal worker organizations. Women in certain regions often engage in informal work, which, by definition, lacks basic social protection such as health insurance, occupational health and safety in addition to other decent work conditions.

Urban informal workers represent the broad base of the urban economy in most developing countries. On average, these account for well over half of the urban workforce and, where estimates are available, over a quarter of gross domestic product in these countries.

In South Asia, for example, informal employment accounts for over 80% of the non-agricultural labour force according to ILO statistics. Yet, the work of informal workers, be they domestic workers providing valuable caregiving and housekeeping, home-based workers producing goods (including those that supply global value chains), street vendors, and waste pickers–the unsung heroes of urban recycling–is rarely recognized for its economic contribution.

“In the name of modernity and growth, 80 percent of the urban workforce in contemporary India faces economic exclusion, if not loss of livelihoods” further argues Chen in a recent on “Inclusive cities for informal workers” (February 2016) on the World Bank website. Bottom line: informal labour should not be stigmatized and excluded but, rather, protected and supported.

While formal workers face risks that can negatively affect their incomes such as sickness, workplace health hazards, having children and old age, informal workers face greater exposure to these standard contingencies plus a number of work-related contingencies not faced by formal wage workers. In 2015, WIEGO produced a video, which provides vivid examples of the devastating impact on the lives of informal workers when there is no access to health services, including insurance, and occupational health and safety (OHS) is not adequately addressed.

Although earnings are low and costs and risks are high, on average, in the informal economy, informal workers are organizing to change this situation. In the past 20 years, there has been tremendous positive change.

Stories of Success and Hope

One of the best-known examples of successful grassroots organizing leading to positive change for informal workers is the case of the Self-Employed Women’s Association (SEWA) with activities in 13 Indian states. Founded in 1972 as a unique trade union, SEWA has grown into a sisterhood of organizations involving approximately two million women from all over India including the original union, a bank, producer and service-providing cooperatives, and a training academy.


SEWA has shown that there are viable ways of providing diverse forms of social protection for informal workers, including an insurance cooperative. SEWA members are also beginning use of mobile apps for various aspects of their work. WIEGO’s exploratory “Technology and the Future of Informal Work” initiative points to potentially exciting directions in this area.

Voice, Visibility and Validity: Breaking Through The ‘Concrete Canopy’

WIEGO seeks to improve the status of the working poor, especially women, in the informal economy through increased Voice (through stronger organizations and increased representation), Visibility (through improved statistics and research) and Validity (through policy analysis and policy dialogues). Though this work, one witnesses first hand the dictum that knowledge and information in the hands of workers is power. This leads to changing realities and mindsets both in policy and on the ground.

Decades of collective effort has yielded results. Examples include the adoption of two International Labour Organization (ILO) conventions: C177 Home Work Convention in 1996, followed by C189 on Decent Work for Domestic Workers in 2011. C189 led to a supplemental recommendation (R201) the same year.  Most recently, 2015 witnessed the adoption of a recommendation (R204) on the transition from the informal to the formal economy.

Canadian legal scholar Adelle Blackett, was a leading ILO technical advisor on the development of these instruments. The process leading to these ILO instruments involved informal women workers travelling to International fora to share their experiences, views and recommendations as representatives of membership based organizations. One example is Suman More, a wastepicker from Pune, India and member of the trailblazing Kagad Kach Patra Kashtakari Panchayat (KKPKP) union.

Others have played similar roles at national and regional levels and have gone from not being able to introduce themselves to speaking before international audiences due to the skills and confidence developed in unions and co-operatives. Informal workers have similarly participated in and addressed other international gatherings such as the United Nations Human Settlements Program’s World Urban Forum and will be engaged in the upcoming Habitat III Thematic Meeting on Public Spaces and building a sustainable urban future in Barcelona.

In the words of Jocelynne Scutt, these inspiring women are making history by breaking through the “concrete canopy”. It is incumbent upon us to support their struggles. 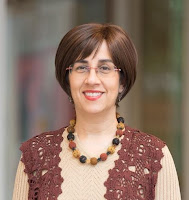 Dr. Gisèle Yasmeen is Director of Social Protection for Women in Informal Employment: Globalizing and Organizing (WIEGO). She is also Senior Fellow at the Institute of Asian Research (IAR) at the University of British Columbia.