The Refugee Crisis and the Ghosts of Fascism Past

A once-in-a-generation refugee crisis. The largest forced migration since the Second World War. Yet another failure of the international “community”. These all too familiar refrains describe the aftermath of the now five-year travesty that is the Syrian-Civil War. Indeed, despite a recent tentative cease fire, over the past year this conflagration is only heating up in its intensity. Many now question whether we are not dangerously close to a regional, perhaps even global war.

Russia joined in the bombardment of Syrian targets in the fall of 2015 and has greatly increased its contributions of military equipment to government forces. Unlike the United States and its coalition, the Russian intervention seems squarely aimed at shoring up the beleaguered Bashar al-Assad regime by exterminating as many of the Syrian opposition fighters as possible.

The end result of the unprecedented and sometimes imprudent Russian intervention, is that tens of thousands of additional Syrians are either internally displaced or have become refugees, making the dangerous trek across the Turkish border and beyond.

This massive exodus of over 1 million Syrian migrants and refugees spilled over the borders of several European states in 2015 alone, according to the International Organization for Migration (IOM), via Greece, Bulgaria, Italy, Spain, Malta and Cyprus as well as through Turkey. Germany and Sweden have been primary recipients of these unfortunate souls. About 4,000 people, mostly women and children, have died in their attempts to escape the horrors of the Syrian domestic conflict. 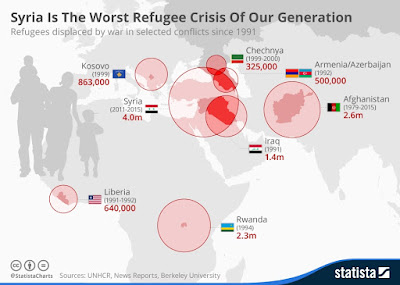 The trend has not diminished with the coming of a new year and the colder winter months. In the first month of 2016 over 80,000 more migrants have made it to European shores by sea and additional thousands by land. With the recent changes on the battlefield one can most likely expect a new wave of refugees crashing onto Europe’s increasingly fortified borders this spring.

Germany, which has received the lion’s share of migrants, will arguably struggle the most with this trend. Already 80 percent of Germans are critical of Chancellor Angela Merkel’s “mis-handling” of the migrant crisis. Stories of sexual assaults on German women in Cologne share the front page with ominous warnings from intelligence agencies about the likelihood of ISIS fighters posing as asylum seekers. While it is a given that these criminal incidences must be addressed by law enforcement, it is also an unfortunate fact that refugees can be, and are, used as convenient scape goats for societal issues.

In light of these trends, a number of European leaders are musing loudly, again, that the experimentation with multiculturalism in Europe has failed. Some like, Robert Fico, the prime minister of Slovakia, has publicly stated that “The migrants cannot be integrated, it’s simply impossible.” Even traditionally welcoming societies like Sweden are trying to stem the tide of migrants by placing restrictions on asylum seekers.

Hardliners like Hungary’s conservative leader, Viktor Orban, have called for a complete halt to migration into Europe and for the establishment of a new “European defence line” on Greece's northern borders with Macedonia and Bulgaria.

Of course, all of this poisoning rhetoric is great fodder for the re-emboldened European far-right: the ultra-nationalists, Eurosceptics and neo-fascists. The Swedish Democrats – a party with neo-Nazi sympathizers in its ranks – now has the support of 25 percent of the population in some recent polls. Five years ago that party won less than 6 percent of the vote in parliamentary elections. The far-right Austrian Freedom Party is threatening the Social Democrats’ hold on power. Its rise to second place with 30% of the vote in regional elections last year was accomplished on the crest of the wave of populist, anti-immigrant sentiment that has swept across the Continent. Xenophobic sentiment also helped the Danish People’s Party to a second place finish in last June’s national election.

In The Netherlands, the anti-immigrant and anti-Muslim Party for Freedom is currently polling in first place. If elections were held today, Geert Wilders’ party would probably win the equivalent of 41 seats in the 150-member Dutch parliament, up from 15 in the 2012 elections. In Poland the right-wing Law and Justice party is already in power. Its undisputed leader, Jaroslaw Kaczynski, is riding a wave of ultra-nationalism. In short, today, the re-emergence of the far-right as a legitimate contender in European politics is an all too familiar story in Europe.

But what is perhaps given less attention is the threat of domestic terrorism stemming from the extremist-right. In Germany alone there are at least 10,000 far-right individuals who are considered potentially violent by authorities. For years German police and intelligence considered these individuals to be largely un-coordinated and disorganized. But the recent attacks on migrants, including a string of fire bombings targeting migrant housing, have challenged this view.

A recent example of this brand of extremism was the co-ordinated attacks on leftist political opposition groups and migrant homes and restaurants in Leipzig. In December last year the German Interior Ministry registered 817 criminal attacks on “asylum hostels” – a number roughly four times than those of registered in 2014.

Stimulated by widespread public Islamophobia, groups like Pegida, which drew more than 25,000 protestors to a rally in Dresden in January 2015, are demonstrating the extent of their public support. Using highly inflammatory language, the leader of Pegida, Tatjana Festerling has called on Europeans to “forget about decency” and “grab our pitchforks and fight the Islamisation of Europe.” Those calls are not falling on deaf ears. On 6 February, Pegida and affiliate groups held rallies across Europe, including in Ireland, the United Kingdom, France, the Netherlands and the Czech Republic.

As the fallout from the Syrian Civil War continues to hit Europe’s shores the EU’s open border policy, grounded in the 1985 Schengen Agreement, is now being openly questioned. The “respectable” fascists – the mainstream far-right political parties, are knocking on the doors of power as the domestic terrorist threat from the right-wing glides largely under the radar of intelligence agencies focused on al Qaeda and ISIS. In the smashed windows and burnt out hallways of migrant centres some of us can’t help but see the fascist ghosts of the 1930s. We ignore them at our own peril. 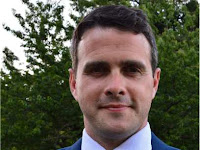 John McCoy is the director of applied research with the Organization for Identity and Cultural Development (OICD), and an expert in homegrown violent extremism and newcomer integration. 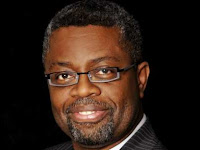 W. Andy Knight is a Professor of Political Science at the University of Alberta, and has written extensively on international relations issues.