On International Women’s Day, I remember the bravery and achievements of the late Rosemary Brown, the first Black woman to be elected to a Canadian legislature and the first Canadian woman to run for the leadership of a national political party. Her memoir, Being Brown, continues to move and inspire me. 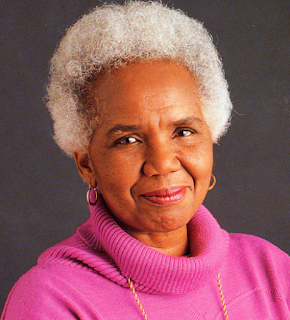 Consider Brown’s reflections on her first speech as an elected representative of the people:

When I spoke, I could feel the presence of women–Black women, Native women, slaves, immigrant women, poor women, old women and young women. I could feel their support, encouragement and hope envelop me, sending a surge of energy through me, empowering my words and my voice.

In these recollections, Rosemary Brown clearly articulated and supported the vision underpinning the electoral project for women: the goal of electing more, and more diverse, women to Canada’s parliament, legislatures and municipal councils. Brown’s vision of authentic and empowered representation by and for women is reflected in the 2016 theme for International Women’s Day, “Planet 50-50 by 2030: Step it up for gender equality.”

Why is this vision so important? Because most women still do not see themselves represented in political spaces, and invisibility is profoundly disempowering. Because men cannot hold and exercise power for women. Because women need to speak for themselves from positions of power.  Because when women are elected, they tend to articulate and make visible women’s experiences, needs and policy claims. Because to be truly democratic, politics needs to be conducted in the presence of women – not just a few women, not just privileged women, but all women.

Since 1972, when Brown was first elected, we have made some progress towards realizing this vision. We have seen women’s representation grow, both in numbers and influence. Female politicians are no longer asked, “are you a politician or a woman?” as if these were mutually exclusive possibilities. Elected women are more reflective of societal diversity. And there are some wonderful examples of representation by women truly counting for women–making a difference for our everyday lives and enhancing opportunities for all women.

But–of course there is always a ‘but’–we have a long way to go. Women remain woefully under-represented in political institutions and as party leaders. Thirteen years ago Jane Arscott and I wrote a book called Still Counting: Women in Politics Across Canada. We gave stark evidence of the painful lack of progress. At that point, 85 years after most women won the right to vote and stand for office, women held only 20 percent of the seats in Canada’s parliament and legislatures. Jane and I suggested that the electoral glass ceiling for women would be set at 25 percent of the legislative seats for the foreseeable future.

Of course we hoped we were wrong. Unfortunately, we were not. As detailed in our new book, Stalled: The Representation of Women in Canadian Governments, women’s presence in the House of Commons, provincial and territorial legislatures, and municipal governments remains stuck at only one quarter of the elected positions. This is not good enough. Despite a few glimmers of hope, such as gender equal cabinets at the federal level and in Alberta, and women premiers in three influential and populous province, much more work needs to be done to achieve gender parity in political offices across Canada. At the current rate of increase, this goal will not be realized in my lifetime. Nor will Rosemary Brown’s vision of a political system truly representative of Canada’s ethno-cultural diversity.

So, Rosemary Brown’s story needs to be told on International Women’s Day not least because her courage and fortitude serves as an inspiration for women today. Rosemary entered political life as a feminist Black immigrant woman in 1972, when female politicians were rare, racism was both overt and rampant, and feminists were considered highly suspect, even dangerous. Brown had to be talked into running. She worried about sexism and racism; she worried about the impact of the campaign on her family; and she worried about being defeated. After all, she wondered, why would the very people who refused to rent her an apartment or give her a job elect her to represent them in public office? But, with a lot of support and encouragement from women in the party and community, and from her family, she decided to go for it.

In her own words, from Being Brown:

I decided that, despite the possibility of a loss, this was a once-in-a-lifetime opportunity. I decided that it was the chance that my grandmother had never had, that it was the opening every Black person in Canada dreamed of. It was the goal of feminists who supported the Royal Commission [on the Status of Women] report, and it was the possibility that Bill and I had worked to bring within reach of our children. It was unthinkable that I should turn my back on it.

We cannot turn our backs on the gendered democratic deficit. The goal of more, and more diverse, women exercising political power, speaking and acting for women in authentic and truly deliberative ways, can be achieved. This was Rosemary Brown’s vision, and she set a clear and compelling example. It is now up to us – activists, legislators, and scholars alike–to make it happen.

Dr. Linda Trimble is a Professor in the Department of Political Science at the University of Alberta in Edmonton. She is currently writing a book called Ms. Prime Minister: Media, Gender and Leadership.