After Paris we must ask ourselves: What Motivates Violent Extremists?

By Dr. John McCoy
e-mail: jsmccoy@ualberta.ca
For many of us who watched the recent events in Paris with a combination of fear, horror and indignation, the inevitable question we come to is “why?” Why do these individuals participate in acts of terrorism? What attracts them to violent extremism in the first place? Many of us ask these questions in the hope that the answers will lead us to strategies that can prevent future acts and restore our collective sense of security. 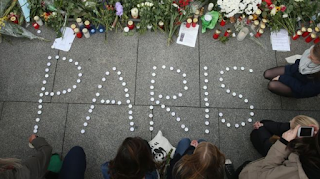 But after nearly a decade-and-a-half of experience with post 9-11 counter-terrorism and countless academic and policy-based studies on the subject of what causes political violence, definitive answers remain elusive. Are these individuals driven by “structural level” factors such as social and economic marginalization, and discrimination?  Do these experiences create grievances that can result in violent extremism, or should we look more to political explanations? When it comes to movements like the so-called Islamic State (IS), or Daesh as they are more derisively referred to, are these individuals simply the product of humiliation and persecution born of decades of foreign intervention and economic exploitation in the Middle East? Do young Muslims project their own sense of persecution onto historical experiences with political and social oppression and exploitation?

Such suppositions make sense to many of us – we cannot deny for instance that the American and British led War in Iraq in 2003 created a necessary condition for the rise of IS, or that the Cold War politics in the 1980s contributed to the rise of Al Qaeda (AQ). Yet, when we look to the individual level, when we ask extremists what actually motivates them to identify with movements like Daesh and to participate in violent extremism, we find another layer, another set of ideas and motivations beyond structural or political level explanations. What larger studies of suicide bombers, foreign fighters and other violent extremists tell us is that motivations can be decidedly ego driven.
When we unpack the histories and testimonials of violent extremists we find that, rather than being hard-core religious fanatics or ideologues committed to a cause, most lack basic religious or political “literacy.” Most have a highly narrow and shallow understanding of faith and politics. Tellingly, when we look at these extremist movements, we find that there are a significant number of religious converts in their ranks who lack knowledge of Arabic, and, subsequently, core religious texts. Converts often exhibit a fervent commitment to their new found identity, and seek to gain a sense of belonging within a social group. Perhaps not surprisingly, these individuals may be particularly vulnerable to extremist messaging and recruitment strategies.  In countries like Canada and France as much as one quarter to one third of individuals who identify with movements like Daesh and Al Qaeda are converts.
We also find that a number of individuals identifying with these movements were involved in petty crime and gang-like behaviour. For converts and reformed “sinners” the attraction to extremist religious interpretations may rest in the transformative experience they experience upon recruitment. Much like cult members or “born-again” religious adherents, they are drawn to the promise of a new start - a new social circle and persona far removed from troubled pasts. With these realizations in mind, saying that Daesh is a product of Islam or “Muslim discontent” is like saying Branch Davidians in Waco, or the Peoples Temple under Jim Jones were a product of Christianity – certainly sentiments that don’t sit well with a vast majority of Christians.
What the testimonials of former radicals of various stripes speak to is that shared motivations can be related to a number of personal or individual level feelings. Commonly cited motivations include the need to seek revenge, to right perceived wrongs, to gain recognition, dignity and honour, for instance, as a glorified suicide bomber or war hero.  Individuals may be attracted to the sense of belonging and camaraderie they gain within an exclusive community – a sort of militant jihadi band of brothers if you will. Others may be attracted to the thrill, the sense of adventure, or even the extreme violence they have been exposed to on the Internet and now seek to experience in the real world.
Thus, what these shared experiences tell us is this: that what attracts many individuals to violent extremism is not some fervent ideological or religious commitment; rather, the attraction is related to what can be gained from the experience at a selfish level. Ideology and religion of course play a role here, but perhaps less so than many of us would suspect. Critically, we can identify how many of these motivations are related to identity issues and ideas that appeal to juveniles and youths, particularly young males. So we shouldn’t be surprised that the average age of a foreign fighter in Syria today is roughly 23 years old.
With these observations in mind, the answer to how we prevent future terrorist acts, how we stem the flow of foreign fighters from the West, and how we counter homegrown violent extremism, should be re-oriented towards addressing the vulnerabilities of young people to extremism. This is no small task and requires an approach that cannot be outlined in an opinion piece. However, at its core, any approach to preventing extremism requires a renewed focus on what attracts young people to these movements in the first place. It requires strategies aimed at re-directing youthful energies to other ideas, other identities - even other radicalisms, ones that do not embrace an extremist world outlook. Most people choose not to engage in terrorism because they understand it is morally wrong and we need to understand why these “normative barriers” sometimes fail. This realization, this approach, would require a dramatic reorientation of counter-terrorism. It would mean engaging with vulnerable youths in ways that do not automatically criminalize them and help to engage with social justice and positive activism. None of this is easy – but neither is the alternative.

This post originally appeared in the Opinion section of the Edmonton Journal, November 23, 2015.

John McCoy, PhD, is an expert in homegrown violent extremism and integration in Canada. He is a lecturer in the Department of Political Science at the University of Alberta where he leads undergraduate and graduate courses on terrorism studies, international relations and foreign policy. John is the Director of Applied Research with the Organization for Intra-Cultural Development (OICD), an organization that is engaged in the development of counter-extremism programs. He also works as a policy consultant for the federal government, other national governments, and international organizations.
Posted by AlbertaPoliBlog at 09:16